Knowledge is one of the best weapons in LoL. Knowing your opponent’s runes, masteries or rank can help you itemize against them more efficiently. Per example, if you’re up against a Pantheon with 21/9/0 masteries, it would be a good idea to start with a cloth armour and five potions in order to mitigate most of his damage.

So, how can you find this out? There exists an awesome tool called “LoL Nexus Scouter” (http://www.lolnexus.com/scouter) that does just that!

Using the tool is fairly simple, join a LoL game, and wait for the loading screen. This tool will not work in champion select!

Now, minimize the LoL loading screen by pressing ALT+TAB and go to the LoL Nexus Scouter. Type your summoner name in the text box, choose the correct server, and press “Search”: 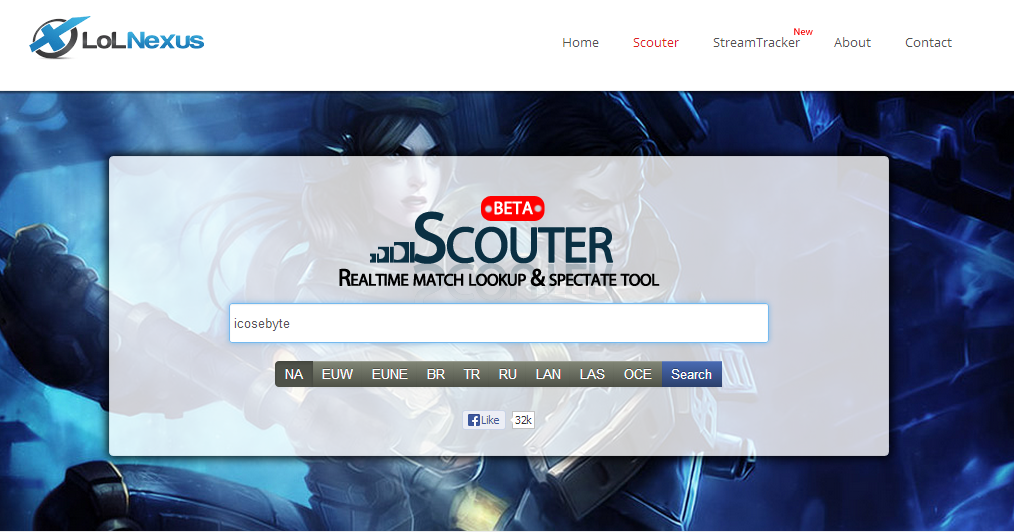 After a few seconds of loading, you should now see a screen similar to this one: 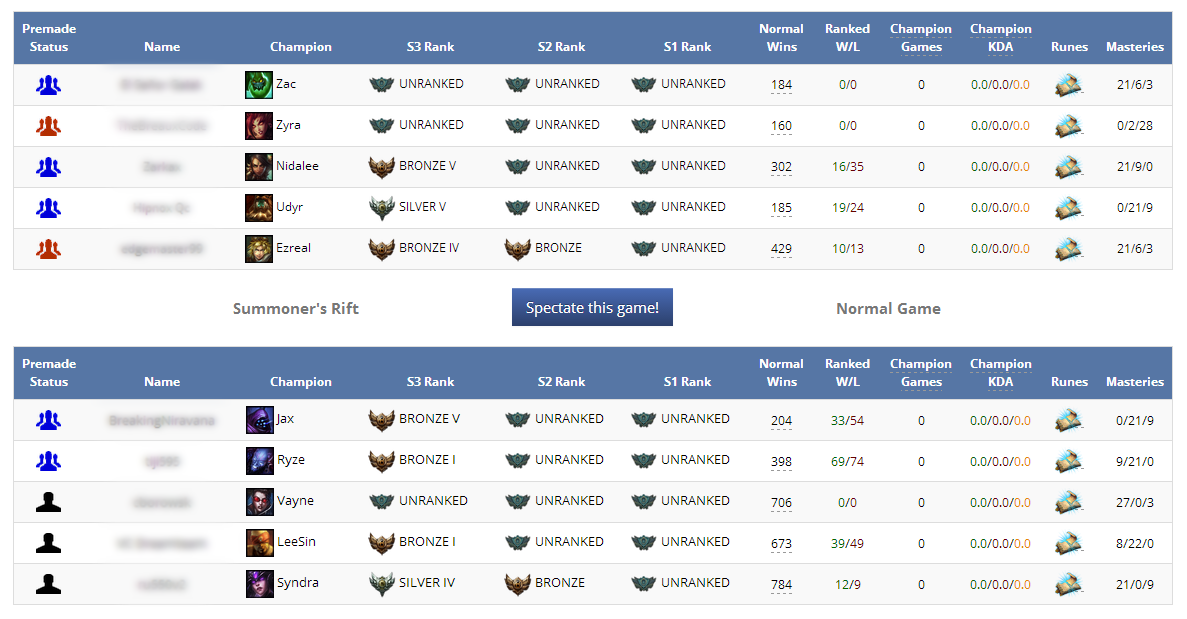 Simply by analysing this screen, I know a bunch of stuff that could be very useful. I’m playing Zac against Ryze top, and I know that him and the jungler (Jax) are premade. Therefore, it is important for me to only go all-in against Ryze when I’m sure that the jungler is far enough to not be a threat, since, chances are they’re on Skype, and Ryze could bait me into a fight that will result in my death (as always, wards op!).

There’s also a bunch of other interesting information, such as the rank of the players, their number of normal wins, their rune and their masteries. If you know your enemy, you win lane, and win game!

That’s it for this article, I hope you found it interesting!
-Icosebyte