Any self respecting nerd enjoys tinkering with Android. Unfortunately, not all of us have enough money for a decent Android phone. So, instead of playing with an old, slow phone, why not simply use Android on your Windows computer? This article will show you how.

To do this, we will be using an Android emulator called Genymotion. I prefer it to the emulator bundled with the Android SDK, because it’s easier to use and much faster. Furthermore, it’s free for non-commercial use, which is what we’ll be doing.

First off, you need to create a Genymotion account. You can do this by going to this page and completing the “Sign up” form: https://cloud.genymotion.com/page/customer/login/. 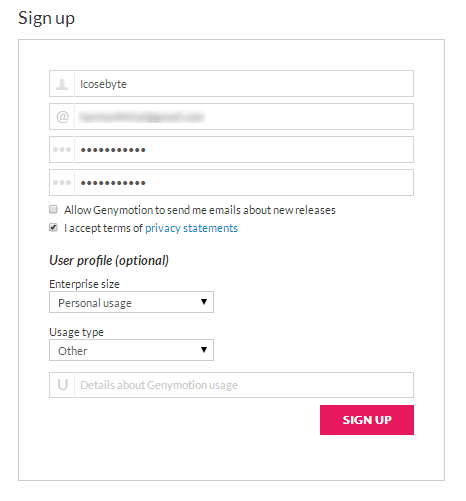 Start Genymotion, You’ll see a dialog box asking you if you want to add a new virtual device. Click “Yes”. This will open the Virtual device creation wizard. You’ll need to click on the “Connect” button, and enter your Genymotion account info. 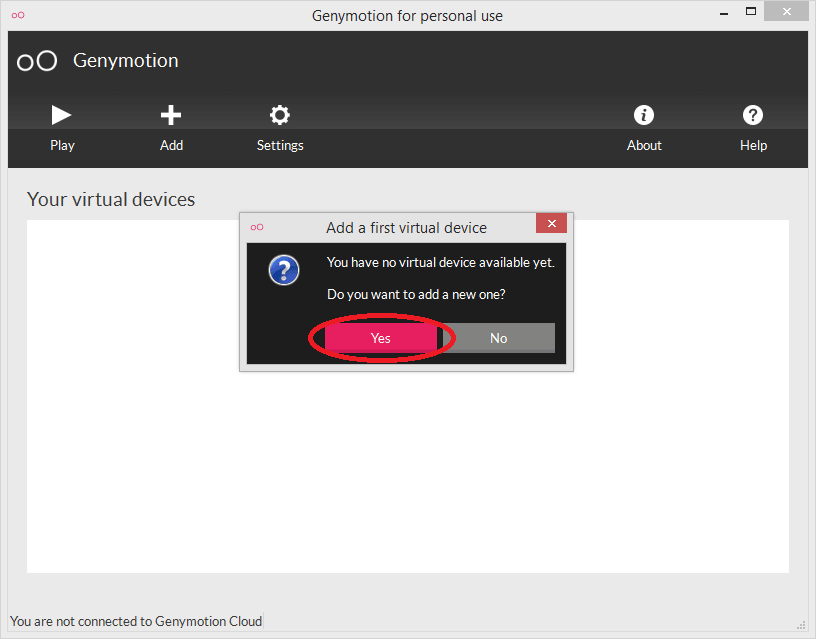 Once you’re connected, you’ll be shown a list of all the different virtual devices. Select the one you wish to emulate and click “Next”. The device will now be downloaded and installed. 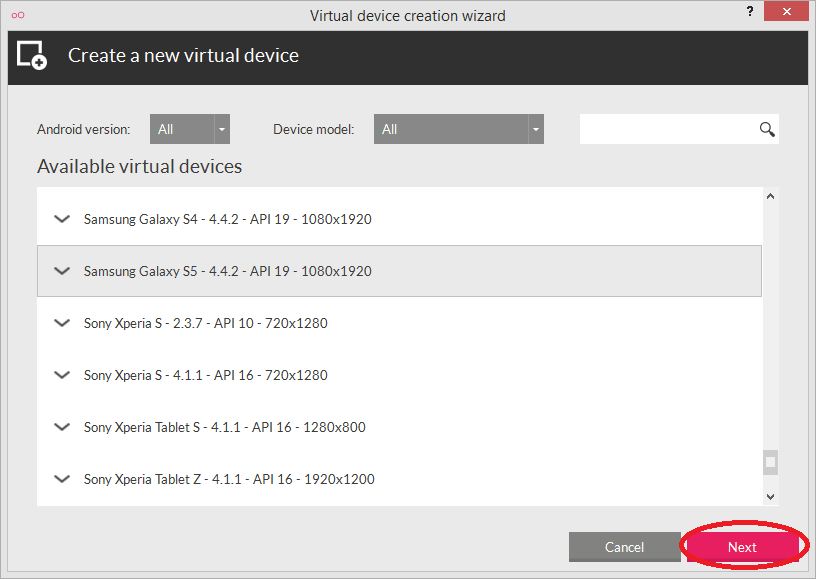 Step 5: Once the device is finished downloading, you’ll see it in your Genymotion menu. All that’s left to do is to select the device and click “Play”! 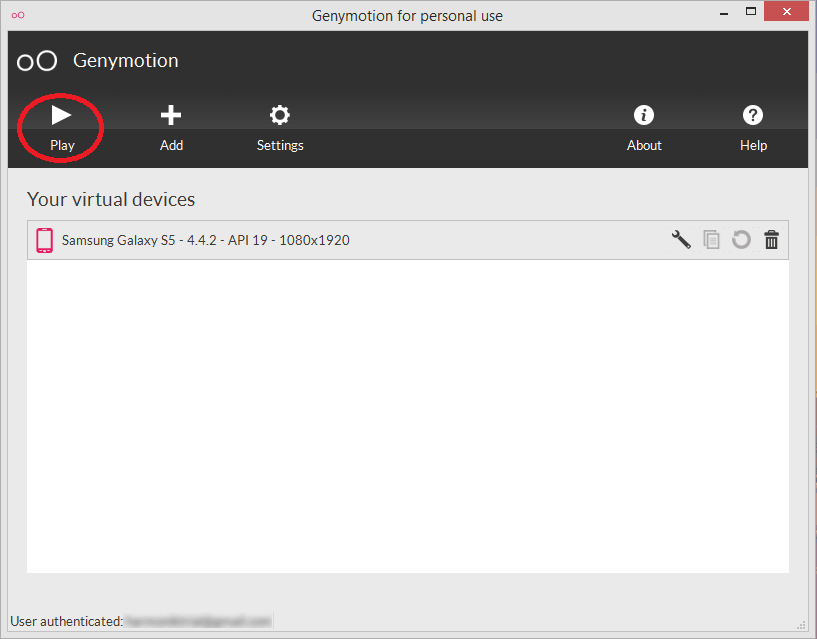 There you go, you now have a working Android operating system on your computer! 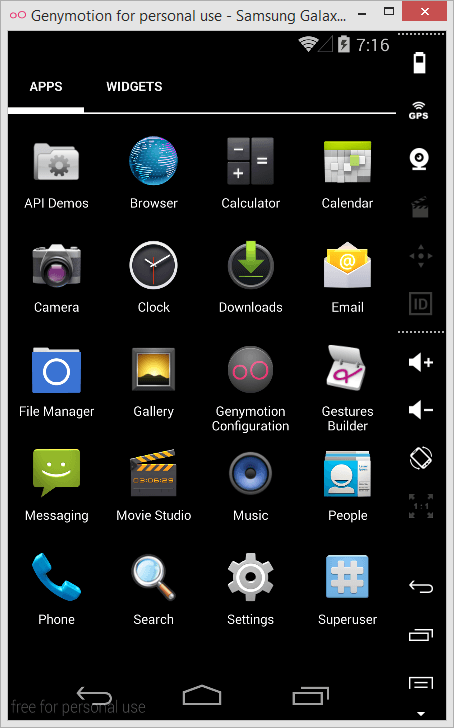 I hope you’ve enjoyed this article, and don’t forget to come back for more,

You’ll see this a lot online: “Is your computer running slow? Then clean your registry!”. Obviously, these statements often come bundled with a 40$ software that claims to drastically increase your computer’s performance by simply cleaning it’s registry. In this article I’ll test out one of these registry cleaners to see if they actually work.

First off, what is the Registry?

The Windows Registry is a large database that stores both Windows’ settings and those of the programs you install. It was designed as an alternative to *.INI files, which were slow and cumbersome.

Why do we supposedly need to clean it?

Those who sell registry cleaners state that we need to clean the registry because, over time, it becomes riddled with unused data (keys) that negatively impact performance and cause system errors. While it is true that the registry slowly fills up with obsolete data, is it true that this slows down the computer? Should you really clean your registry?

What we used for our test:

For this test, I’ll be using RegClean Pro (http://www.systweak.com/registrycleaner/), because it’s one of the more popular registry cleaners out there, and it’s ranked #1 on toptenreviews.com (http://registry-cleaners-software-review.toptenreviews.com/), for what that’s worth.

I’ll also be testing the computer’s performance using the ever so popular Passmark PerformanceTest.

Here’s the computer on which I’ll be testing RegClean Pro:

On to our tests:

Before cleaning our registry, we need to assess the computer’s performance using the Passmark benchmark. These were the results we obtained: 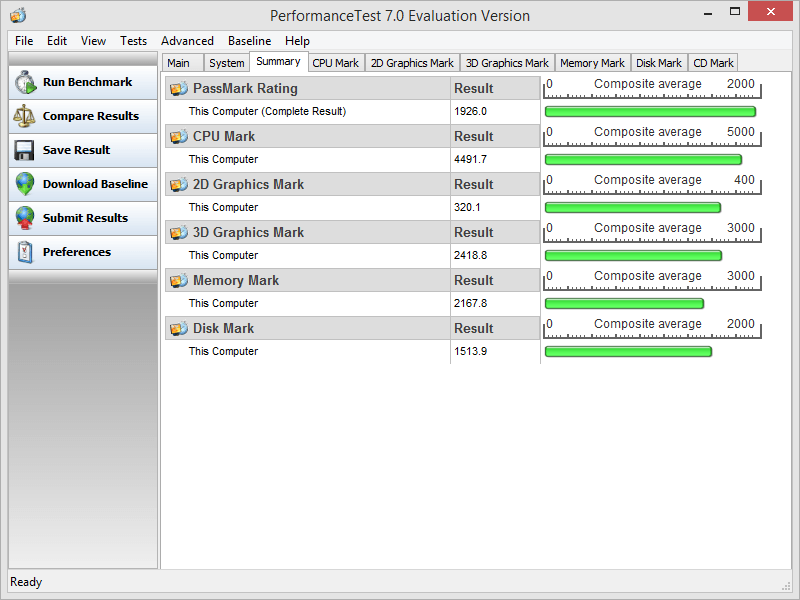 Next, we open RegClean Pro and scan our Registry. The program found a total of 668 errors. 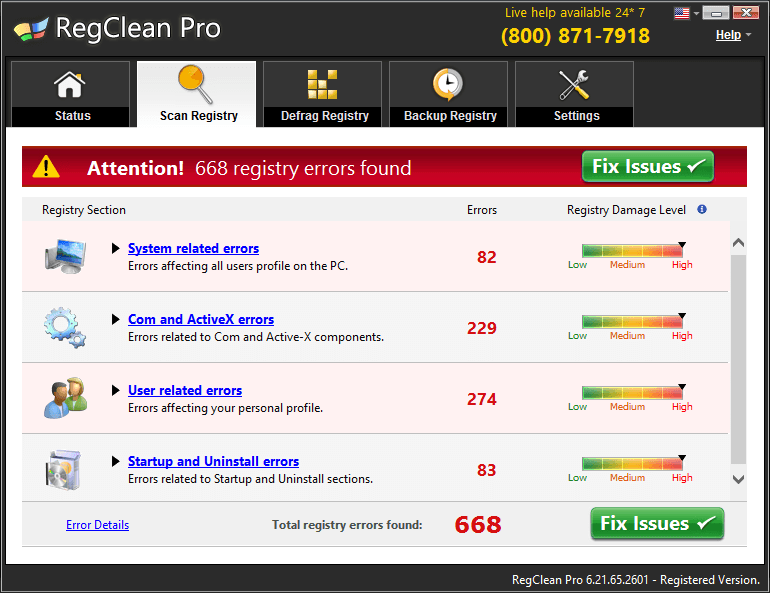 We then ask RegClean to fix these errors. 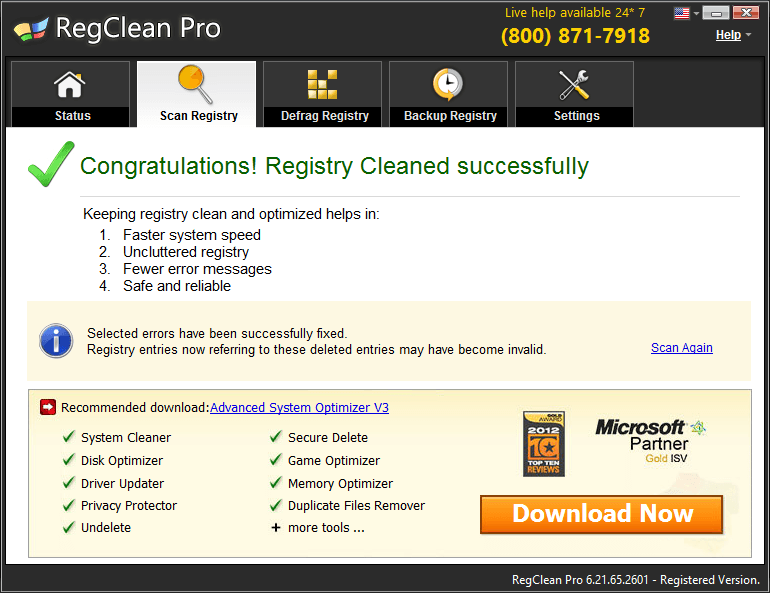 Now that our Registry’s clean, let’s test our performance anew: 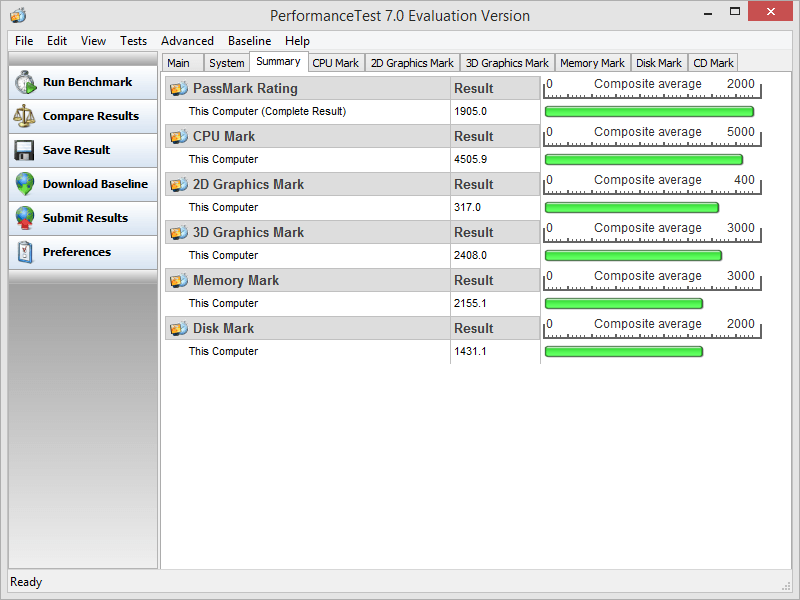 As you can see, there’s virtually no change in performance. If anything, we’ve actually scored lower (-1.09%) that we did before cleaning the registry. But we aren’t finished yet.

RegClean also has an option to “Defrag” the registry, which apparently also improves performance, so we ran the Defrag analysis, and RegClean reported that the registry was 4.6% fragmented. 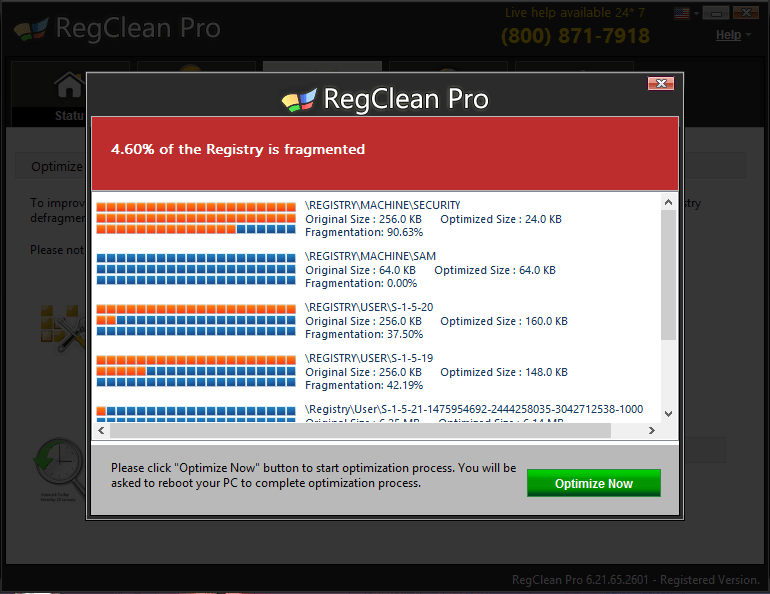 Therefore, we ran the Registry defragmenter, which took a few minutes (we had to restart the computer). Once this was over, we did another Benchmark, and this is what we obtained: 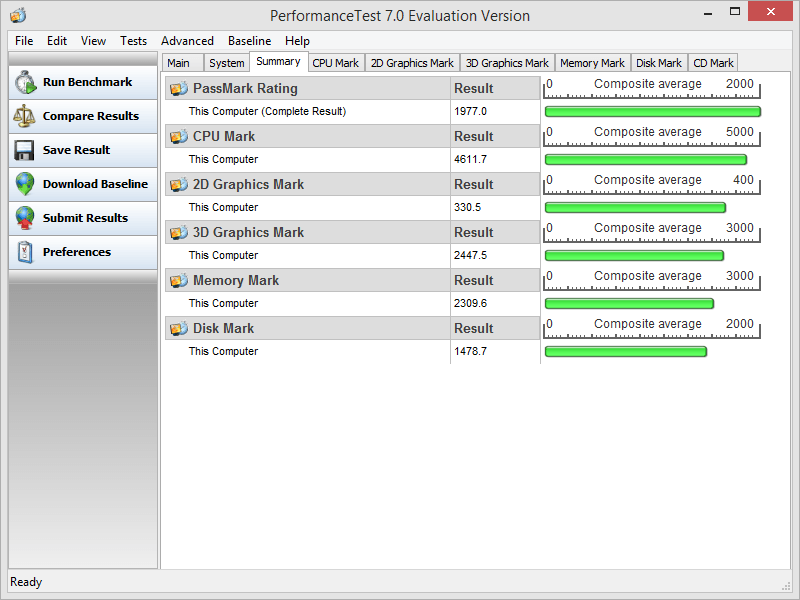 As you can see, there still isn’t any significant change. The slight increase in the score (+2.65%) might as well be due to the fact that we’ve just restarted the computer.

In conclusion, Registry cleaners, or at least RegClean, DID NOT increase our computer’s performance. If you really want to speed up your computer, you’re better off saving your money for better hardware. Instead of spending 40$ on a Registry cleaner, use it buy a stick of RAM. Or, even better, save up for a better video card or processor.

That concludes this article. I hope you’ve enjoyed it and don’t forget to come back for more!

Windows 8.1 is a pretty nice operating system. It’s fast, stable and offers a bunch of cool features. This being said, I absolutely despise the Metro interface. Don’t get me wrong, it’s great on tablets, but it just sucks when you’re using a keyboard and mouse. That’s why, in this article, I’ll show you a way to bring back the Windows 7 start menu in Windows 8.1.

Keep in mind that we won’t be installing the actual Windows 7 start menu, but rather a nice imitation.

What we first need to do is download a free program called Classic Shell, which is available here: http://www.classicshell.net/

Once the download is finished, launch the installer. Classic Shell also offers the possibility to restore the classic Windows Explorer and Internet Explorer 9, but I prefer to opt-out of these option. 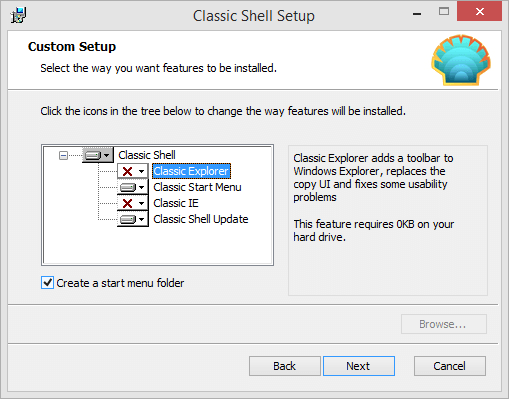 Once the program is finished installing, you can select a bunch of options such as the type of Menu, the icon for the menu, etc 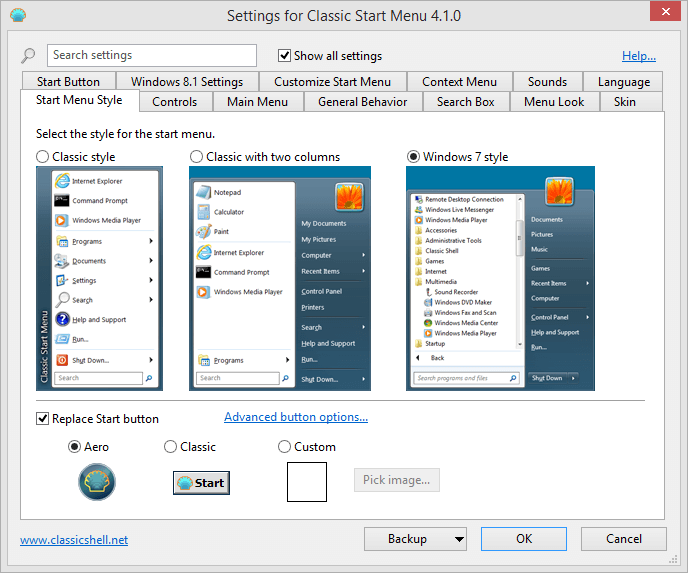 And there you go! You now have a nice imitation of the good old Windows 7 start menu. 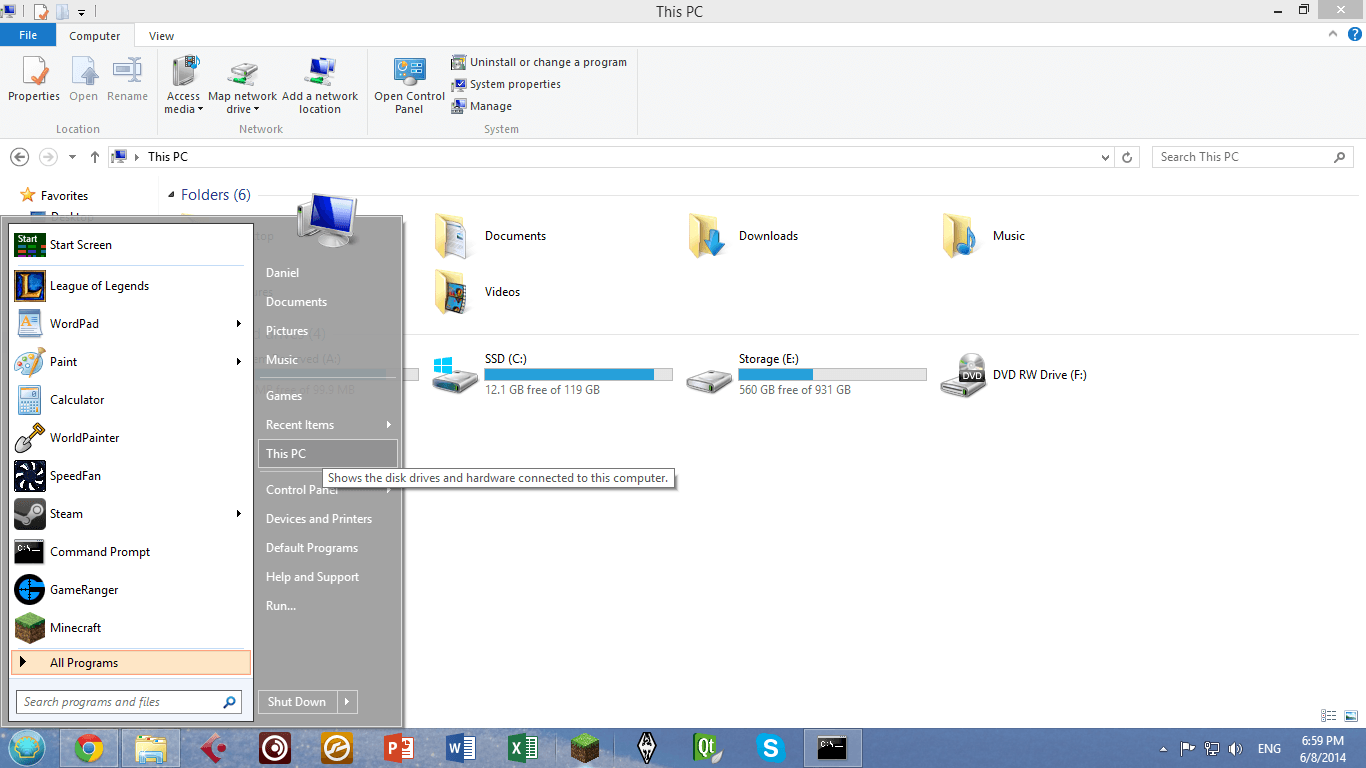 I hope you enjoyed this article, and have a nice day!